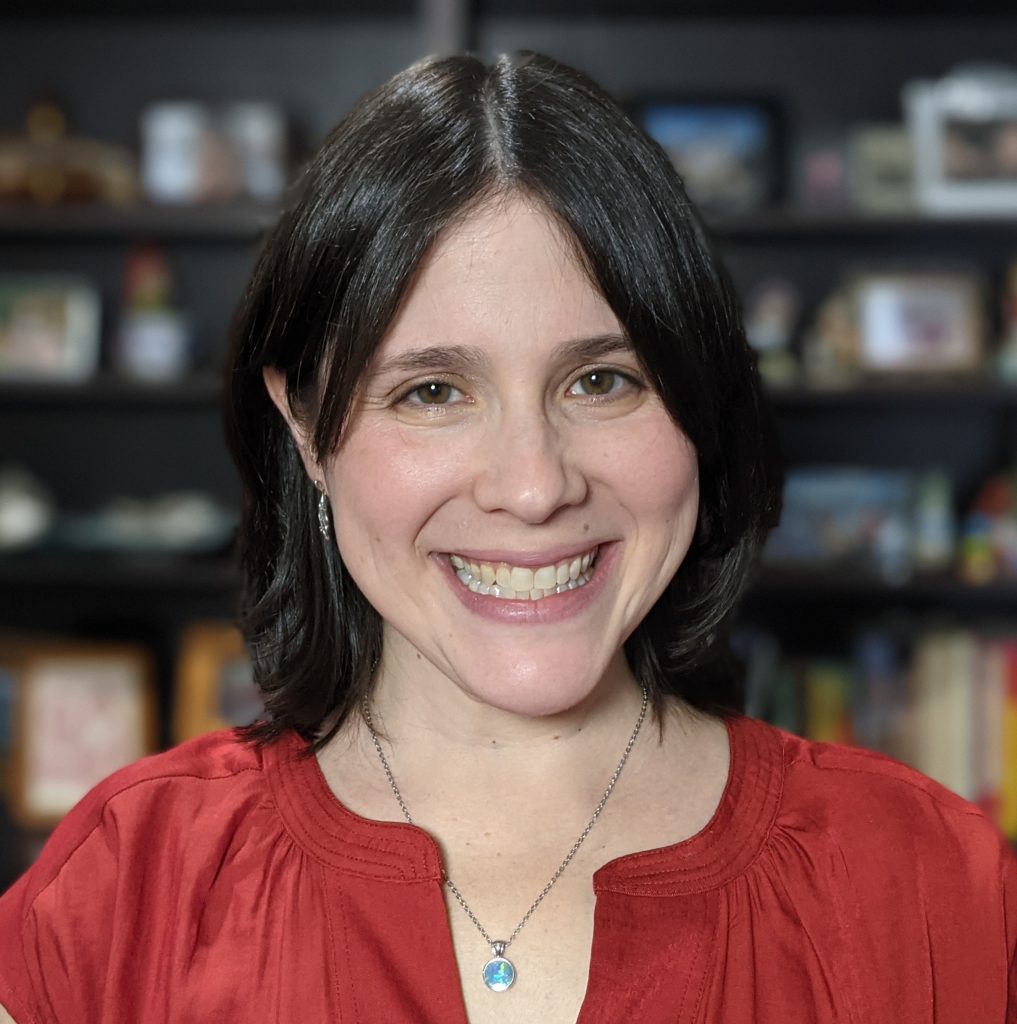 A new book by Lisa M.P. Munoz, to be published by Columbia University Press, will examine research-based solutions to create a culture of equity for women scientists. Tentatively titled A New Picture of a Scientist: Creating a New Culture for Science That Overcomes Obstacles in Equity, the book will take readers through groundbreaking studies and research in social psychology and organizational behavior that are informing novel approaches and interventions for combating historic and ongoing inequities in science — showing how science itself can help fix science. Along the way, readers will learn about historic women in science, new areas of psychology research focused on intersectionality, and thought-provoking facts and figures. The book is tentatively scheduled for release in the fall of 2023.

Get the latest news

Lisa’s expertise spans cognitive neuroscience and the behavioral sciences, synthetic biology, climate and energy, and the Earth sciences. She has extensive experience developing, writing, editing, and placing Op-eds and articles in high-profile publications, such as the New York Times, USA Today, Huffington Post, and Scientific American. Lisa has created videos showcasing cutting-edge science, and has developed content for a European royal, a UN secretary general, and others.

Lisa started her career in radio and then print journalism, as a reporter and then managing editor of Geotimes, a geoscience magazine. She is a former Press Officer for the World Meteorological Organization in Geneva, Switzerland, and former Chief of Staff and Communications Director for the OS Fund. Lisa has an engineering degree from Cornell University with a specialty in science writing.

Lisa was publicist and outreach producer for the independent documentary film Picture a Scientist and is now working on a book about equity in science, to be published by Columbia University Press.

Lisa lives in the Washington, D.C., area with her husband and two daughters. She loves exploring new places, listening to radio in all forms, and consuming sci-fi/fantasy books and movies.

Society for Women Engineers Podcast: Documenting and Solving Inequities in the Sciences

In March 2022, Lisa spoke with Rachel Morford, President of the Society of Women Engineers, about how women’s inequities for women in the STEM workforce have evolved over time, the potential causes for women being uncredited and underrepresented, and a few stories about forgotten women in science -- all based on her new book, to be published by Columbia University Press. See the blog post here.

In December 2021, Lisa spoke with Roberta Rincon, associate director of research for the Society of Women Engineers, about the upcoming book A New Picture of a Scientist: Creating a New Culture for Science That Overcomes Obstacles in Equity inspired by the film Picture a Scientist. The film exposes deep inequity in the sciences, ranging from brutal harassment to years of subtle slights and chronicles the groundswell of researchers who are writing a new chapter for women scientists. In the new book, to be published by Columbia University Press in 2022, Lisa builds off the film and moves beyond it, examining research-based solutions to make the culture of science more diverse, inclusive, and equitable for everyone. Roberta spoke with Lisa about her engineering and science background, her work on building a community around the film, and her upcoming book, including solutions to make workplaces more equitable. Lisa will also be coming back to SWE’s Diverse Podcast for three more episodes in 2022. Check out the 2021 episode above.

Columbia University Press signs Lisa M.P. Munoz for a book inspired by the documentary film Picture a Scientist on creating a new culture of equity for women scientists

December 14, 2021 - Miranda Martin, Editor in Physical and Life Sciences for Columbia University Press, recently signed seasoned science writer Lisa M.P. Munoz to a contract for worldwide rights for her first book, tentatively titled A New Picture of a Scientist: Creating a New Culture for Science That Overcomes Obstacles in Equity. The signing includes a collaboration with the Picture a Scientist film team to expand on materials from their award-winning independent film, which chronicles the groundswell of researchers who are writing a new chapter for women scientists. Some of the scientists featured in the book are biologist Nancy Hopkins, chemist Raychelle Burks, and geologist Jane Willenbring, along with many others across the physical and social sciences. Through personal stories and data, the book will illuminate the scale and scope of harassment and discrimination faced by women in science while interweaving research-based solutions to make the culture of science  more diverse, inclusive, and equitable for everyone. The book is tentatively scheduled for release in the fall of 2022.

Martin says of the book, “This is a really exciting project for the Columbia University Press science list. The book will build from the film and move beyond it, continuing to push the conversation forward.”

“The film Picture a Scientist beautifully captures the complexity of the obstacles facing women in science,” Munoz says. “With this book, I want to continue to bring more people to the problem to solve it, by sharing new and groundbreaking work in the behavioral sciences that is leading the way for a more equitable future for all scientists.”

Directed by Sharon Shattuck and Ian Cheney, the film Picture a Scientist received a 2021 AAAS Kavli Science Journalism Award, was an official selection of the 2020 Tribeca Film Festival, and had its U.S. broadcast premiere on PBS Nova in April 2021. It is currently available for viewing on Netflix. The Boston Globe called the film “Quietly devastating.”

Founded in 1893, Columbia University Press advances world knowledge through essential writing and research focusing on the global, the urban, and the contemporary. Our books and electronic resources bring new ideas and foundational understanding to a diverse and engaged readership of the intellectually curious, both within and across academic disciplines and other conventional boundaries. We embody our parent institution's educational and research mission as well as its international reputation. Columbia University Press is one of the oldest and largest university presses in the United States.

Notable highlights in Columbia University Press’s history include the publication of the Columbia Encyclopedia in 1935; the acquisition of The Columbia Granger’s Index to Poetry in 1945; the introduction of the three Sources anthologies of Chinese, Japanese, and Indian classic works in the 1950s; and, over the years, the publication of works by numerous eminent thinkers. For more information, visit their website.

About the Author and the Picture a Scientist Team

Lisa M.P. Munoz has translated complex scientific topics into digestible stories for broad audiences throughout her twenty-year career. Munoz began her career as a radio producer, then worked as a magazine reporter and editor for Geotimes magazine; served as a press officer for the World Meteorological Organization in Geneva, Switzerland; and founded a science communications consulting firm. As founder and president of SciComm Services, Inc., Munoz works with academic groups, nonprofits, and startups across the sciences on strategic communication and content development. She was the publicist and outreach producer for Picture a Scientist. Munoz has an engineering degree from Cornell University with a specialization in science writing and is a member of the National Association of Science Writers and the Authors Guild.

Picture a Scientist was directed by Sharon Shattuck (From This Day Forward) and Ian Cheney (The City Dark, The Most Unknown), produced by Manette Pottle (Behold the Earth), and executive produced by Amy Brand (MIT Press). Since its virtual theatrical release in the summer of 2020, some 2,000 institutions worldwide have screened the film. Major funding for the film was provided by the Heising-Simons Foundation and the Alfred P. Sloan Foundation; additional funding was provided by Nancy Blachman, the Sundance Institute Documentary Film Program with support from Sandbox Films, The New York State Council on the Arts, Chicken & Egg Pictures, the Educational Foundation of America, Erica Brand and Adam Brand, the Benevity Community Impact Fund, Mar Hershenson, Kate Korsh, and Jennifer Kane.

The film was also produced with support from the Science Communication Lab’s Wonder Collaborative, which is using films to tell compelling stories about science and scientists while forging new models for production, evaluation, and outreach in filmmaking. For more information, visit their website.